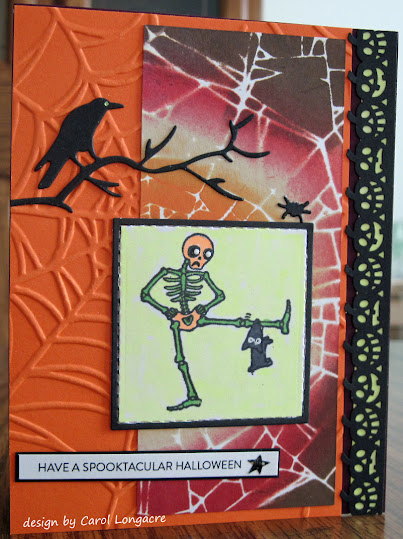 I love making Halloween cards and made another one from a few snippets found in my stash. The stenciled panel was done with a Tim Holtz shattered stencil a looooong time ago, and got thrown into the unfinished box. It looks like it was sponged with distress inks of red, orange and brown, but I'm not certain. the black raven was done with a GMD die, and I dotted it's eye with a white gel pen. The orange panel was embossed with a spiderweb ef and the jack 'o lantern border was done with an old EK punch. The image panel was done with a long-retired SU! stamp called "twick or tweet" and I colored the skeleton with fluorescent Copics, and colored the background with another fluorescent Copic marker; then die-cut it with a MFT stitched square die. After I colored the background of the image panel, I colored a strip of white cardstock with the same Copic marker and put it behind the punched pumpkin border. I added a tiny spider die-cut with a TE die and added a pre-printed SSS sentiment with a little sticker on the end.
I'm sharing this with these challenges:
Two Old Bats Halloween Challenge for April - ATG for Halloween 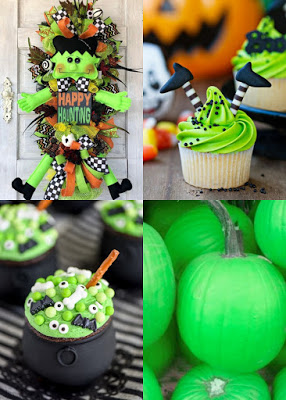 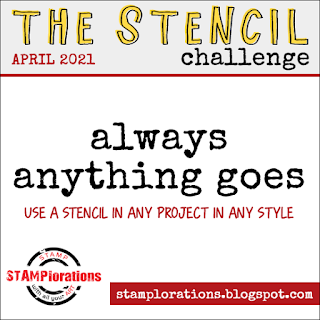 Since everyone is wearing masks these days, making Halloween cards all year long seems like a logical idea to me! 😊 Gotta roll with the flow, right? I will probably box them up and send them to Cards for Hospitalized Kids later this year (IF they're still accepting them) since I have no little ones to send them to anymore.
Take good care and keep your sense of humor while you have a fantastic day!
Carol

What fun and it must have been for you too Carol, finding and making, it's a fabulous card.
Faith x

This is really cute, Carol!

It's really a fun card with that image, Carol! And such superb design with all the different elements, textures and details! You put all together wonderfully! It seems that masks are good for your mojo :D LOL
In Italy we wear masks by a year and it's very boring and mojo-killing...
Hugs and have a lovely week!

Oooh I love that stencilled background, its definitely the star of the show, the colours and blending are wow... the skeleton chappy is rather fun and I do like your Halloween cards... it's a fun time of year x

Fun card! I still send Halloween cards to my grands who are all in their late teems, just saying. :)

This card is super fun, Carol! I love the look on the skeleton's face and the panels that are layered under it! Great diecuts and those punched pumpkin border is the absolute best! Love everything about this cool card! :)

A very fun Halloween card!! Love the stenciling and the skeleton image with the dog, lol! Fab texture, too!!

A fun card Carol, lots of super Halloween details - we make Christmas cards all year so why not Halloween.
Pauline - Crafting with Cotnob
x

Oh what a fabulous card and the dog and skeleton made me laugh right off, so cute and fun!! Thank you for joining our challenge at Two Old Bats!
Diane TOB DT {Nellies Nest}

Tee hee! This stamp with the dog made me laugh out loud! You've got lots of great Halloween elements on this and I just love it. The shattered glass stencil looks very cool. I've never seen it in action before. I send Halloween cards to my friends who enjoy them. Thanks so much for sharing with us at Two Old Bats!

Carol, how cute this is! So fun to see Halloween in the middle of spring! beautifully designed and i love all the detail! xx

wonderful card and I love the layers! Thanks for joining us at 2 Old Bats and hope to see you again.
Tammy DT

OMG this is just awesome Carol! I too LOVE the skeleton & dog ... poor skeleton LOL.. Awesome put together! LOVE IT!! Thanks so much for joining in the fun at the Two Old Bats Halloween challenge! Good Luck and we hope you’ll come back each month. Remember, you can play as many times as you’d like!! If we have 50+ entries, we will give a PRIZE.

OMG, that shattered stencil is really cool, but love that you used so many colors on it! btw. cutest image ever!

-- Dalis
ps. Thanks for playing with us at Two Old Bats Halloween Challenge

Fun, colorful Fall colors and silly dog hanging from the skeleton's leg:-) Love the stenciled layer. So pleased you joined us at STAMPlorations Stencil. Hugs...Nancy