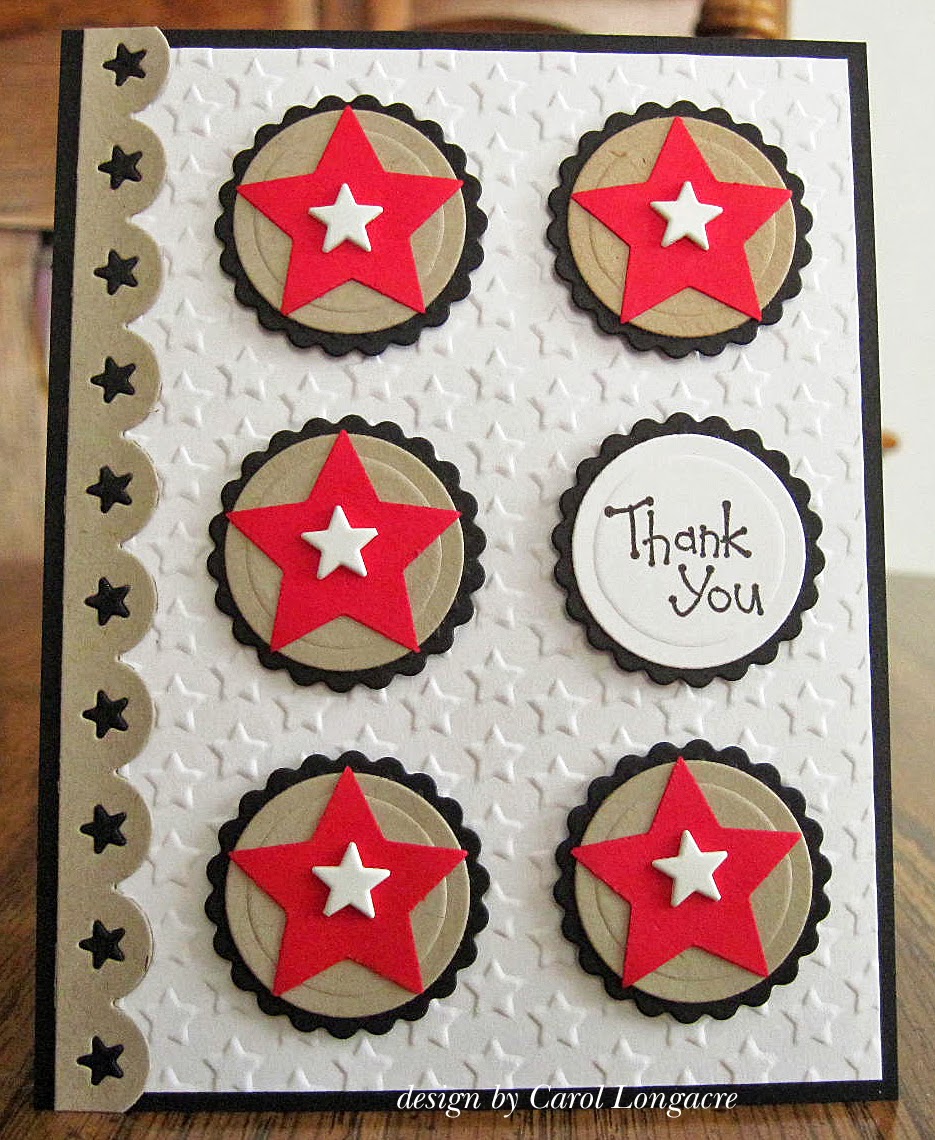 I have a picture-heavy post for today that includes the OWH challenges for the week. This card is for today's OWH Stars and Stamps sketch challenge #229. It all began with the border panel on the left that was sitting on my desk. I built the card around that one snippet of paper, and carried through with the star theme on the entire card. 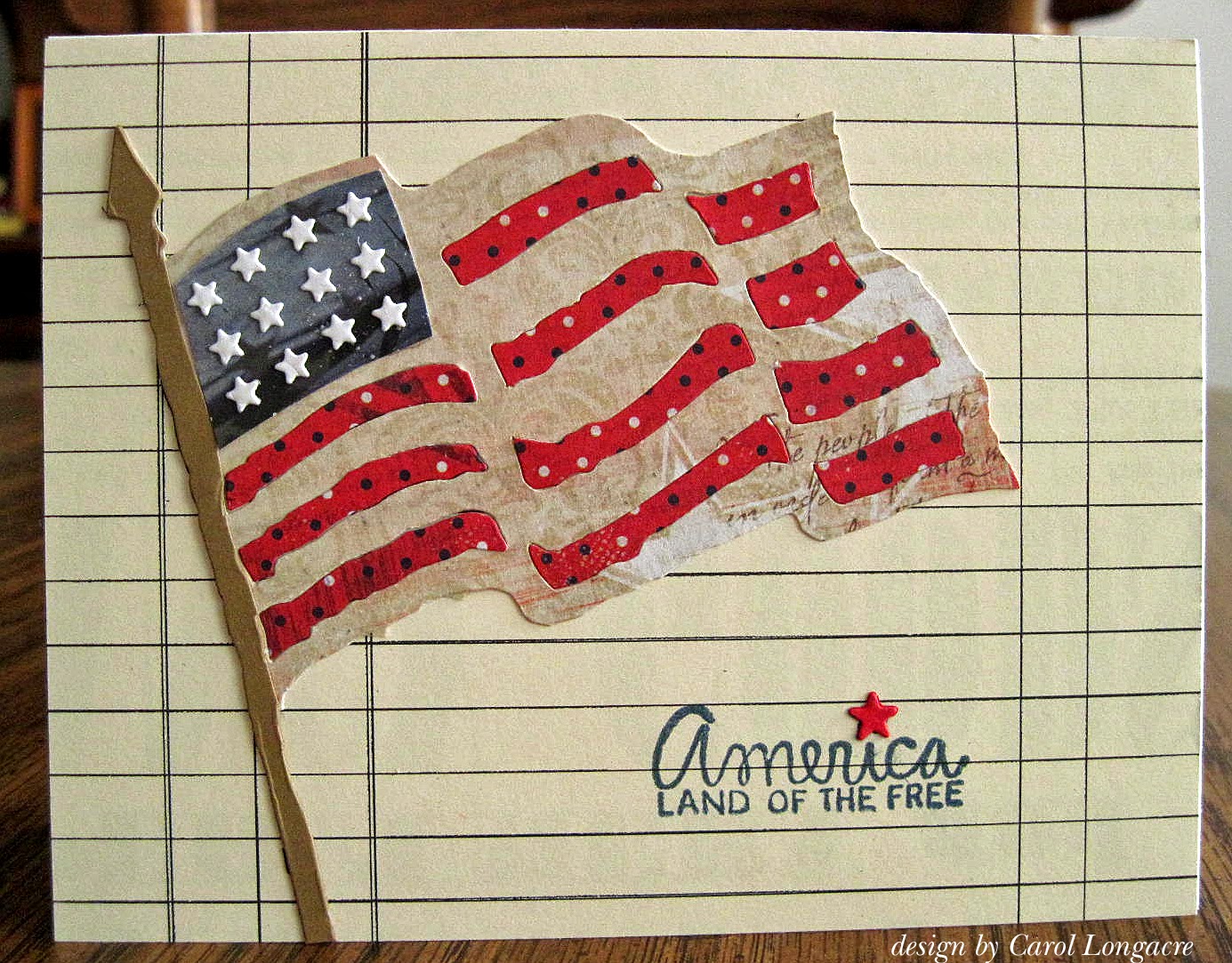 This was made for the OWH Flag Day challenge yesterday, and I'm sorry it's coming the day AFTER flag day, but after a week of solid rainy, gloomy weather, the sun came out yesterday and the last place I wanted to be was indoors making cards! I finished this last night using left over snippets of Bo Bunny Liberty dsp, along with a Tim Holtz Sizzix flag die. The background paper is from SU! (R) and I added some left-over stars (from a die-cut border) to the field of the flag. I added another little red star to the sentiment to dot the "i." I liked the way this turned out, so I made a 2nd one... 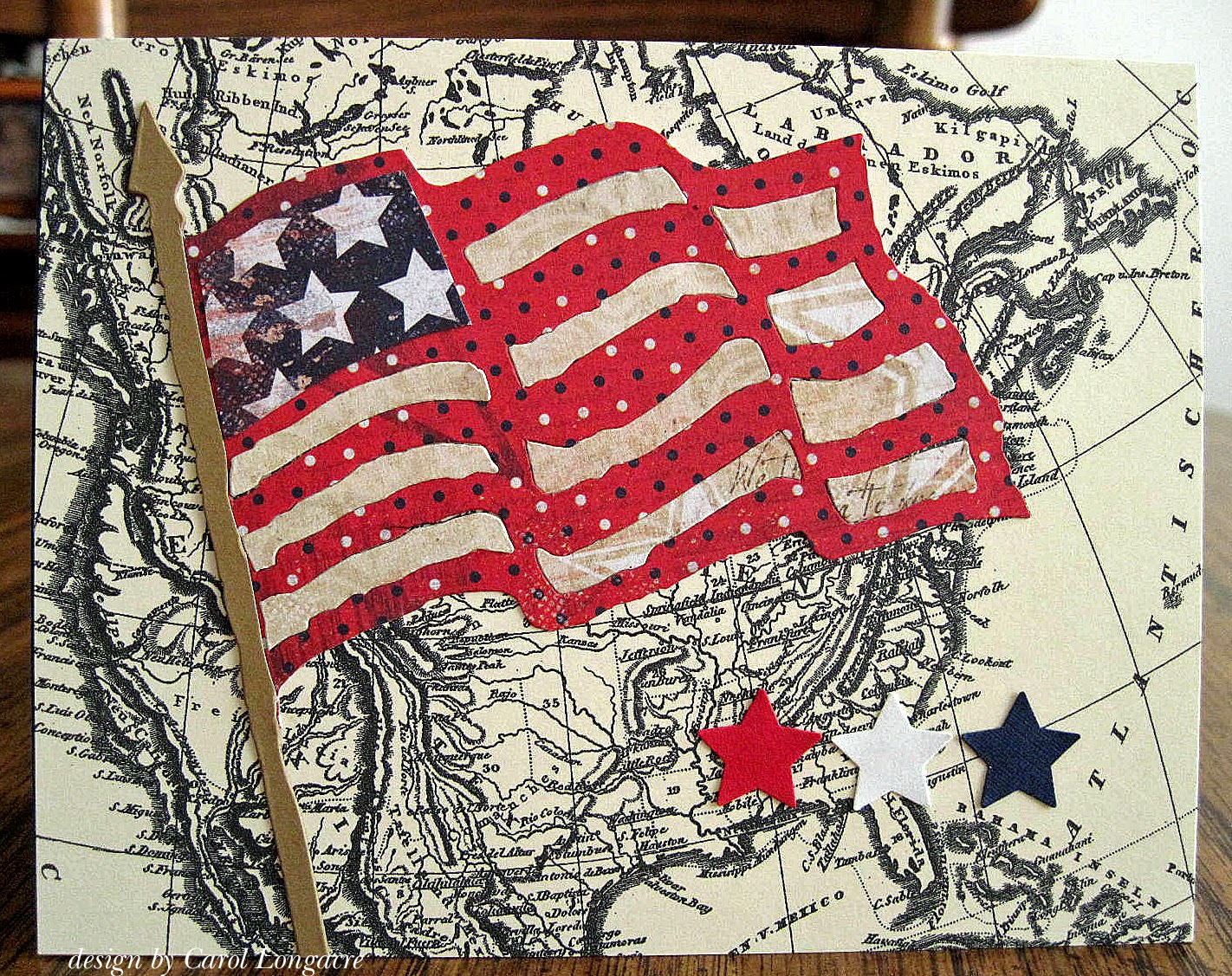 This was a piece of dsp from the same SU! dsp pack as above, only this time I used a map image, and tried to center the US image beneath the flag. Instead of a sentiment, I added some punched red, white, & blue stars. I used the same BoBunny Liberty pack of dsp to create the flag, reversing the red & white colors from the flag above. The field of flowers was hand-cut from a snippet of the same dsp. 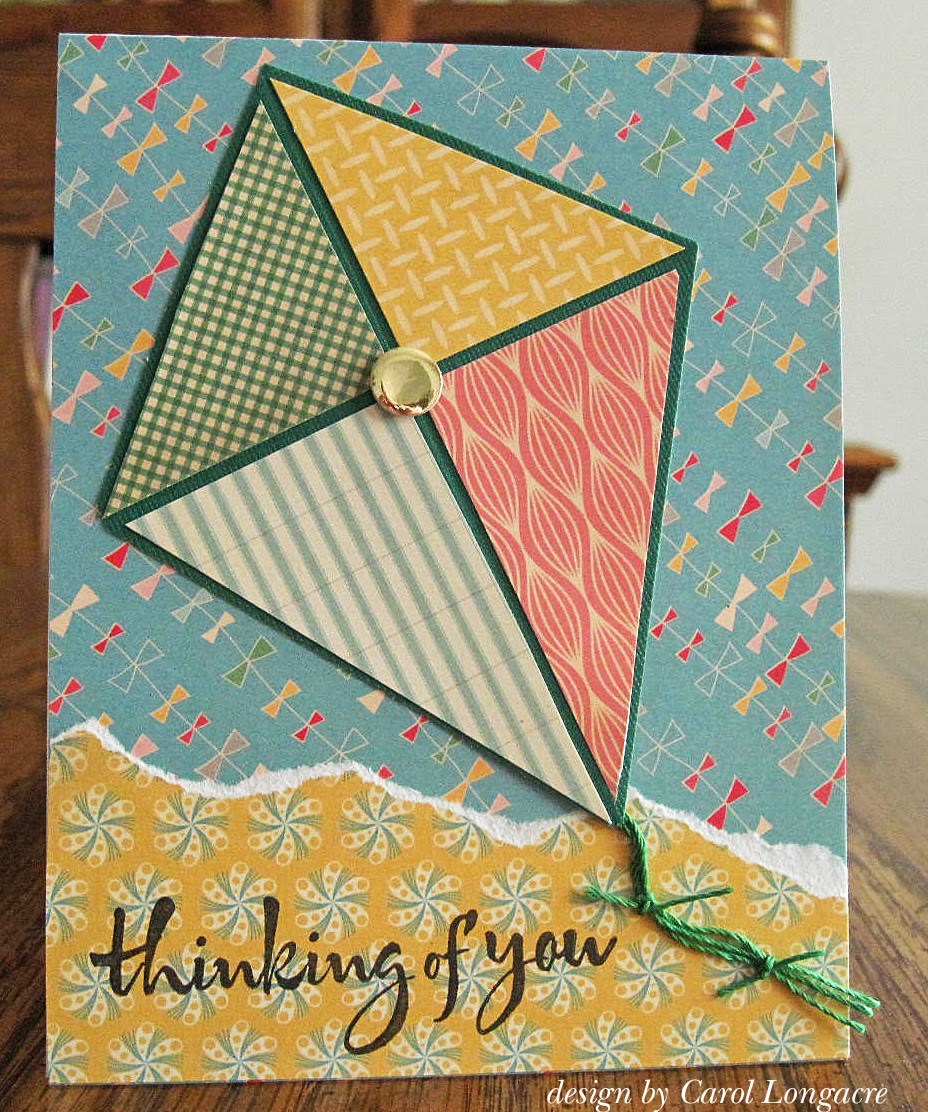 The mid-week throwdown was to make a card with a kite. I used snippets from a left-over Cosmo Cricket paper pad along with some green card stock and green crochet thread to create the "tails." The sentiment is from Hero Arts and I added a gold Candi dot to the center of the flag, because I forgot to add the brad before sticking it down to the card base! (duh)

I'm also entering these cards into the Snippets Playground 129 as each one of them contains Snippets of one kind or another!

Thanks for hanging in for this long post, and I wish all the dads out there a very happy father's day! I hope you're all surrounded by loved ones that make your day special!

Have an awesome day!

I would not call this post long and it was certainly full of beautiful cards and anything Americana is so great to view. Your flags looks like they are actually 3-d and flying high in the sky. Fantastic. Nice job with the kite also. Love that background paper. Wishing you a nice bright, sunny day. Happy Father's Day to Hubby.

The kite is cute...but the flags and star cards steal the show. My favourite is the one where you used the start to dot the i
Brilliant!

You have such gorgeous flag and star cards to send OWH...they are going to love these.

Each is better than the last, Carol! It is so heavenly to see sun and cool dry weather, huh?

a really nice foursome Carol. You were busy to say the least.

Four great cards! I especially love the border on the first -- it is really stunning!

You've been busy just creating away! All are so wonderful and love the stars border on that first card. Fantastic cards.
Lynn

Your cards are all fabulous, as always! I'm especially loving today's new sketch inspired card...love all the layers and the colors!

I also think your post was perfect...not too long at all and full of nice pictures and a nice message!!

Wow Carol - you really have been a busy bee! LOVE all the cards you made, great use of snippets - my fave is the flag I must admit. looks wonderful.

these are amazing - love how you made those gorgeous flags out of snippets - they look wonderful!
Hugs
Debs

Wonderful selection of cards Carol. I love how you took the border snippet and created the sketch card around that one piece. So much texture and dimension going on.

Wow Carol I am loving each and every one of these cards! They are so fabulous and who doesn't love anything Americana?! Your flag cards are amazing and look like they are actually blowing in the breeze. Love that kite card too. Yep, this are some pretty amazing cards my friend. I hear you about the sunshine and not wanting to be inside making cards. It was a beautiful weekend in PA!! Hugs, Brenda

Your flag card caught my eye in the playground - just love flags and this is a fab card and the second one you made too. Not seen that die before.
Linbyx

Very enjoyable post, with lots to see & drool over. Loved the flag cards, and that's a great use of those papers (think I have some as NBUS!). The tiny star 'dot' for the eye was such attention to detail. Wonderful cards for OWH, and then the pretty kite card. Oh my, loved the way you combined the dp's. Was the kite a die or handcut? Great combo on the DP for the kite also, and loved the 'tail' of the kite, even down to the knots! TFS & Big Hugs.

Great cards! I love that flag die and that you found the perfect designer paper to make it work both in the flag and as a background.

Great cards...the sketch card has some nice detail and your flag card is super fun! WTG!!!